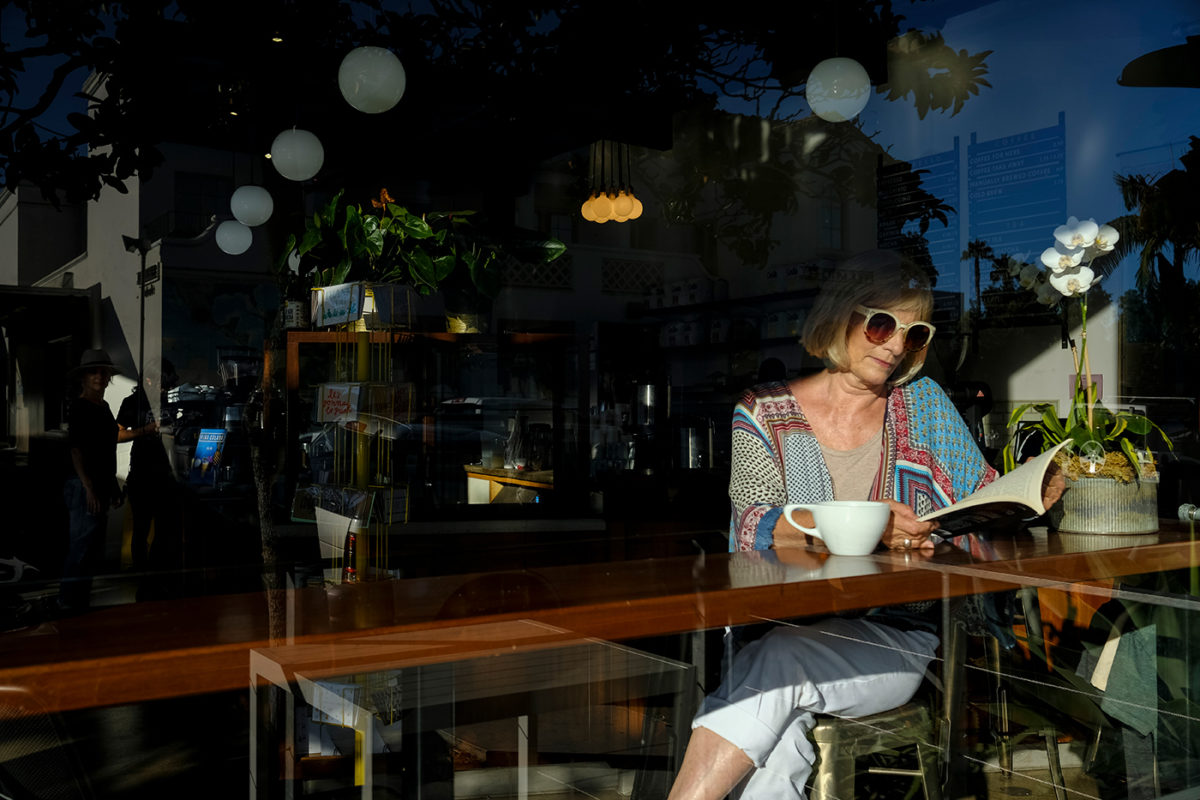 One night I asked a friend, “How did you become a writer?” He said,

“I was living in a seventh floor walk-up in Soho and I decided to kill myself. I was crawling across my kitchen table, heading for the window, when I noticed a pad of paper and a pen. I thought, ‘I will write why I want to kill myself before jumping.’ Dawn came and I was still writing and I had the realization, ‘I won’t kill myself. I’ll become a writer.’”

When I heard those words, “I’ll become a writer,” some exciting, physical excitement lit me. At that moment, I realized, I would be a writer too. Days later, sitting on my $60 sofa, after eating a piece of chocolate cake and drinking a lake of coffee, I took out my journal, the one as empty as a void, and began to write. Looking back at that writing now, I know it’s the worst writing I have ever read: filled with clichés. But – I was writing things I had never allowed myself to think before. It was as if there was a wise woman inside – one who told the truth. She was courageous and ruthless. A few months later I joined Deena Metzger’s writing class, and began my journey of looking for “me.” During our first class Deena said, “We must tell the truth about life from our own perspective.” She didn’t know what she was asking of me. I was as unaware of my demons as Sleeping Beauty. Like her, I was asleep in my coffin, surrounded by a dense thicket of thorns. I felt inadequate to write authentically, to tell the truth, to face what I had lived. I didn’t have a perspective. I didn’t know what had happened to me. I was frozen. I was lost. But I didn’t give up. With Deena’s help and my brave classmates, I began to write my way to freedom. Soon after joining her class, I had a dream. I was in the desert, alone. I reached into the sand and pulled out a vase, I reached in again and pulled out a bowl. Every time I reached down beneath the surface of the sand, I pulled out a priceless artifact from the past. These treasures were all parts of me coming to the surface. Twelve years later I had a published memoir, Bodies Unbound, and I wrote and performed my one-woman show of the same name. Though I am proud of this fact and my success, the main benefit has been getting to know me. There is no better therapy than writing. I now teach memoir writing. It is my greatest thrill to watch others discover and integrate their stories and to find understanding and forgiveness for their ancestors. I hope you will join us.

Here is a prompt I use in my first session:

Find a pen that doesn’t skip or leak, set a timer for a half hour and write about the house you grew up in. The house is the “self” in Jungian terminology. What did it look like outside? Were there flowers, trees, a sidewalk, a turquoise fence? Then open the door and walk inside. What does it feel like being in your childhood home? Describe an incident that happened there.