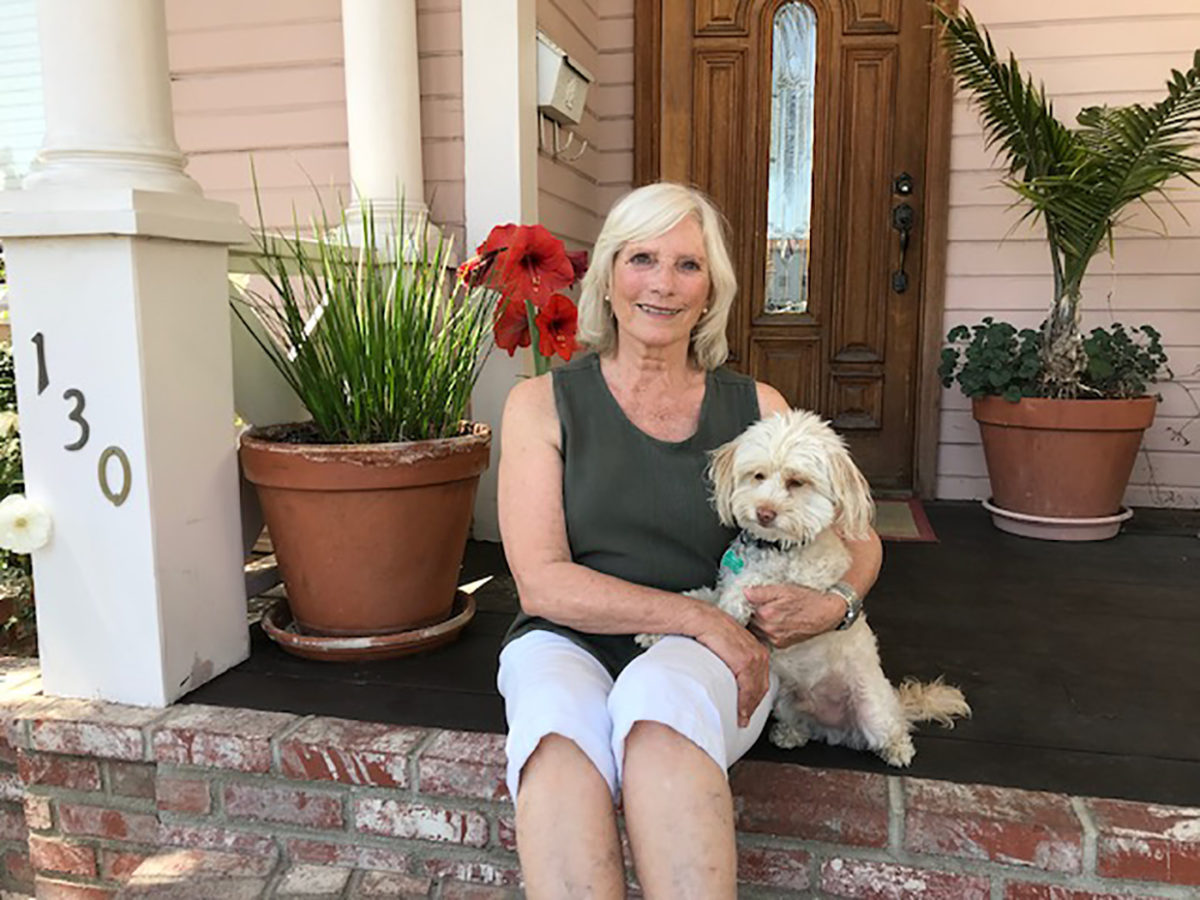 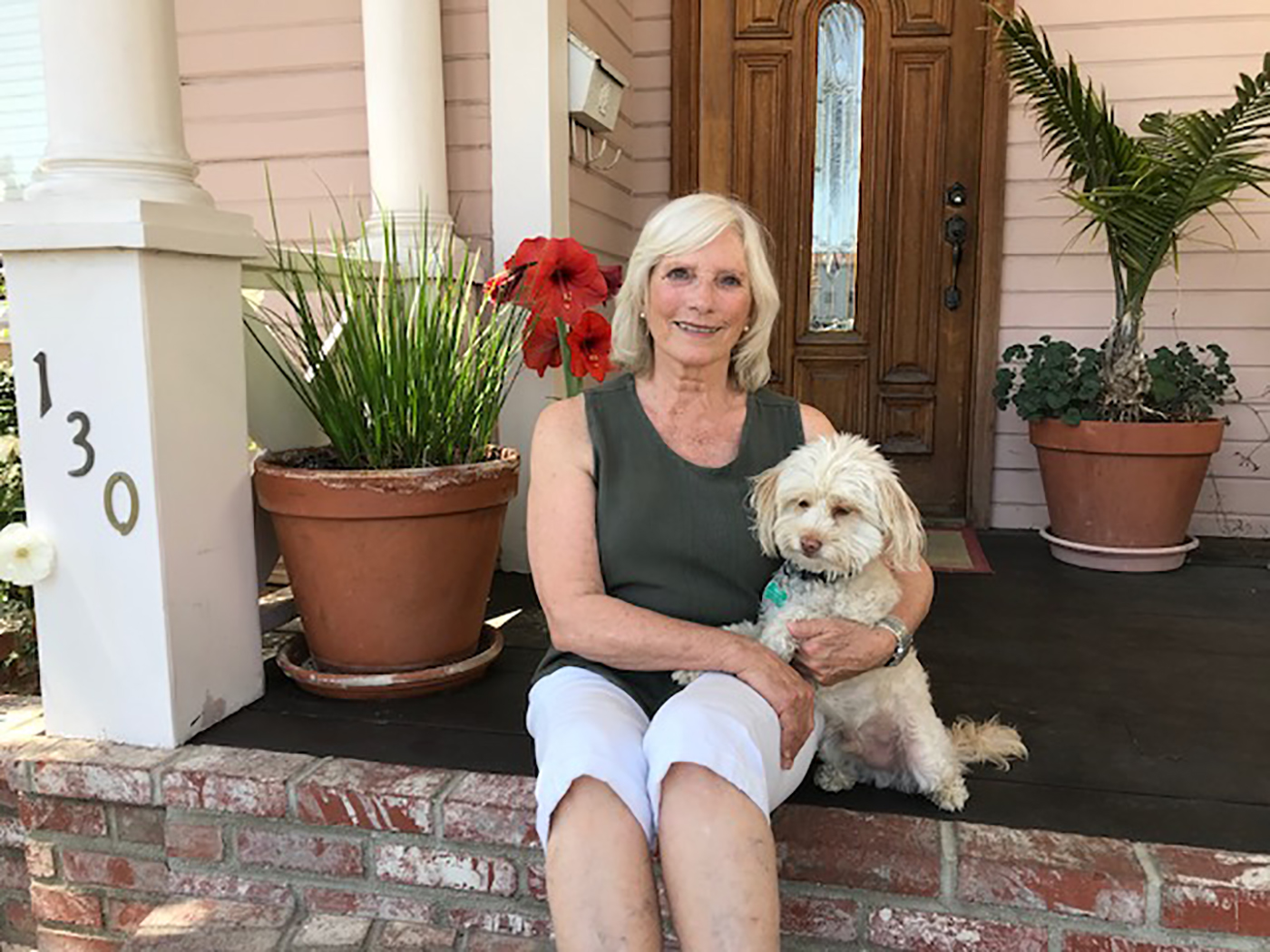 There are many reasons for moving. I’ve moved more than most. I wrote in my book, Bodies Unbound, that I moved so many times I couldn’t stop looking for “For Rent” signs. Last month I moved again. I left the comfort and security of the lively family I was living with in the Santa Barbara suburbs, and moved down town.

I moved to a commercial area where I could hold my writing workshops, classes, and readings. It has always been my dream to have a School of Creativity, and if I don’t do it now, it will never happen.

My new home/school, has ten-foot high ceilings. The rooms are spacious, and once you go inside and close the door, it’s not too noisy.

I love my new space, but it has taken time to adjust. In San Roque, the suburb in Santa Barbara I moved from, in the evenings I walked in the near-by park. I did Qi Gung under the stars, imagining myself rooted like the trees, my arms, towering branches praising heaven, or reaching down and gathering the energy of earth. Now I wait for streetlights to turn green and walk down streets with cars, trucks and buses whizzing by.

Riley has been adjusting, too. He went out his first morning to have a pee on the lawn in front of our cottage. Just as he was getting into position a bus went loudly by. Riley stopped what he was doing, ran inside and has refused to pee on his lawn ever since. I have been forced to walk him around the block – on a leash.

In downtown Santa Barbara not only is there noise from buses, I am also confronted by the heart-breaking reality of homeless people pushing large shopping carts filled with bags. I take a pocket full of dollar bills every morning when Riley and I walk. One woman I stopped to talk to at seven in the morning told me she had just gotten a ticket for sleeping on the ground – as though she wanted to sleep on the ground. She coughed violently. She had a bad cold. When I asked why she didn’t go to a shelter she said they were remodeling the Mission Shelter and the other place only had fourteen beds. Why would a shelter remodel in winter? Also, she said, most shelters didn’t allow them to bring in their shopping carts. Everything she owned was in that cart.

I was reminded of my friend’s daughter. She was an alcoholic and drug addict and ended up on the streets, hanging out with a gang of homeless people. She said they protected each other. Julie was arrested several times for shoplifting. Once she got eight months for stealing a bottle of Listerine. A few years ago she was found dead on a bit of lawn next to the street in Marina del Rey.

I think of Julie often, especially when I see a group of homeless people laughing in the park, or when I hear someone in the bushes trying to settle in for the night.

In my writing classes, I have recently introduced the concept of “reflection.” Instead of just telling the story I’ve been asking them to reflect on the story they just wrote. It adds dimension to the writing, and often the writer gains insight into family issues.

As an example, moving down town, far away from the wilds of my cabin, the small town of Ojai, and the suburbs of Santa Barbara, I am back in the fray again. I am surrounded by every race, rich and poor, every kind of restaurant, clothing shops, thrift stores, galleries, and museums – the library. Perhaps my creative soul will thrive here. Too much beauty and peace can lull me to sleep. “Wake up, wake up,” says the danger of the traffic, the homeless on the park bench, the drunk weaving down the sidewalk. Be aware of your breath, your thoughts, what you do with your life. “Don’t go back to sleep,” says Rumi. Wake up.

Reflect on the different homes you’ve lived in. Not just the structure, but also the area of town they’re in. Do you always choose the same environment? Do you require proximity to the events in town, or the peace of the country, or mountains? Write about the home you enjoyed the most. Reflect on what you learned at each place.